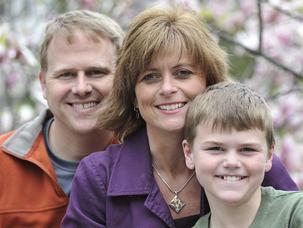 Heaven Is For Real​​

appendix, and the resulting infection nearly took his life, his father railed

at God as Colton’s life seemed to slip away.

taken into surgery, and he unloaded some raw emotions toward heaven.

“Where are you God? Is this how you treat your pastors? Is it worth it to even

serve you?” he shouted, as recounted in the New York Times bestseller “Heaven is for Real.”

After Colton’s surgery and a time in ICU, the fair-haired boy made a remarkable recovery. It wasn’t until four months later on a family car ride to South Dakota that Colton’s parents realized something very unusual happened to Colton as doctors fought to save his life.

Colton shared with his astonished parents that he left his body in the hospital and visited heaven, where he sat on Jesus’ lap and met departed family members, along with other remarkable details.

Todd and Sonya with Colton

He watched his father praying for his life in the small room, a fact that even Todd’s wife, Sonya, didn’t know. Todd had confessed and repented of his “raw” attitude toward God in the hospital, but the realization that his son sat on Jesus’ lap in the midst of his anger melted his heart.

“I screamed at God when he was holding my kid and it was wrong,” he admits. “When I knew God had forgiven me for that, I knew it was okay to share it with other people.”

room of God – with God seated on a huge throne, and Jesus enthroned on

His right and the angel Gabriel on the Father’s left. “People ask Colton,

“Colton says, ‘His face is so big I could hardy see it.’” Todd notes that his

son “has nothing to measure God by – he was just a little kid.” Colton

estimated that God is so large, he could hold the world in His hands.

Everyone Colton saw in heaven had wings, except for Jesus. Colton described Michael, the archangel as the biggest of the angels — twice as tall as Todd.

“Heaven is for Real” has been on the New York Times bestseller list for months, with over six million copies sold. An illustrated children’s edition of the book came out in November. “There are more details and memories in the children’s book,” Todd notes. “It’s all first-person Colton and starts with him leaving the hospital.”

In heaven, Colton was taken under wing by his departed great-grandfather, a man he never met – who passed away when his father was only a boy. He also met a sister he never knew, who was miscarried by his mother.

“When people say Colton met his little sister, he’s quick to correct them. He says, “She was not my little sister; she was my big sister.’

“She was never born, but she aged to where she was Colton’s big sister,” Todd adds. This unnamed sister waits in heaven for the rest of her family to arrive, when they will delight in finally giving her a name.

It appeared to Colton that babies gradually age to their late twenties or thirties in heaven, while older people regain youthful bodies. “There is no death or dying in heaven,” Todd notes. “Colton’s memory is that you age to your prime and then you stop aging.” Colton’s great-grandfather appeared to be a man in his thirties, having reverted in age.

There are “gobs” of babies in heaven, according to Colton, but it remains unclear whether this is due to abortion or natural deaths. “The women in heaven – especially Mary – are involved with raising the kids,” he says. According to Colton, Mary, the mother of Jesus, has dark hair, brown eyes, and is a little taller than his mother. Mary had a dark sky blue sash and a light above her head. She seemed to be in her late twenties, like the other adults in heaven.

“Colton will tell you that King David and Samson were two of his favorite Bible characters he met in heaven. He always talks about how nice they were. David would show him around heaven and help him. He went to David a lot for help.”

Even though Colton never read the Book of Revelation, his description of a coming battle accurately reflect the events depicted in Scripture. “Colton says there’s going to be a war,” Todd notes. “He says ‘Jesus, the angels and the good people are going to fight the monsters and the bad guys.” He saw Jesus throw Satan into hell.

One day Colton asked his father, “Dad, why do I remember a dragon with seven heads and 10 crowns?”

Todd looked at his son in amazement and said, “Colton, whatever you saw and whatever John saw is the same thing.”

“Colton says, ‘Satan looks like an angel, but his light was extinguished a long time ago. They showed me where he used to have a throne in heaven.’”

One of Colton’s favorite activities in paradise was to attend a class taught by Jesus. “Jesus was his teacher and he had homework. We knew it had to be heaven because he hates homework down here,” Todd says with a laugh.

“God operates outside of time and time doesn’t limit God,” he adds.

Todd showed his son countless artistic representations of Jesus before Colton decided on one that matched his memory of the Lord. The image that came closest was painted by a young prodigy named Akiane Kramarik, who had a powerful vision about Jesus as a child that led to her painting.

The beauty of His eyes

It may seem surprising to some that Colton and Akiane recall Jesus with blue-green eyes. “Colton says, ‘Dad, Jesus’ eyes are just so

“Many attack Colton and say ‘Jesus was a Jew. He couldn’t have had blue eyes.’ However,

the Bible doesn’t say Jesus was a Jew. His mother was Jewish, but he was born of

God’s love everywhere. “Heaven is not a place where you stand in the choir and sing the

whole time,” Todd notes. “It’s a place where we get to be completely fulfilled.”

Todd sympathizes with the skeptics who question his son’s remarkable story. “When my son first started sharing this I wondered how it could be true,” he admits. “I tried to come up with explanations for what he was giving me. I tried to dismiss or explain away what he was saying and I couldn’t.”

Colton’s detailed information about his great-grandfather, along with the specific location of Todd and his wife while Colton was in surgery, erased his doubts.

Despite the book’s enormous success, Todd would not choose to go through this

experience again. “We didn’t ask for this,” he says. “Watching your child almost die

– I don’t ever want to go through that again. I can’t tell you how awful that is. It was

“This was done to us, not because we’re super-spiritual. Most of the things that

happened were completely out of our control. It’s because of God that this happened.”

“If you look at the peace and hope people are finding because of the story, we can look back and say maybe God had a plan bigger than any of us could figure out at the time.”

​Written by Mark Ellis from Godreports. 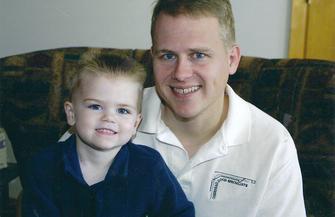 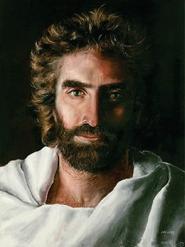 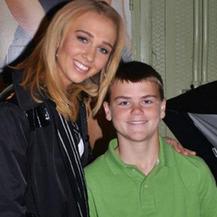