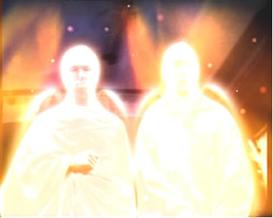 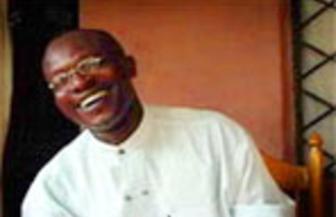 Nigerian Pastor who was raised

from dead after 3 days!

Daniel Ekechukwu, a pastor in Nigeria, died in a car accident and

was taken to heaven and hell by two large angels. This testimony

is important because it highlights the importance of forgiveness. Had

God not given him mercy, Daniel would have had to stay in hell

because he did not forgive his wife prior to death.

On Thursday, November 29th, 2001, Pastor Daniel Ekechukwu and his wife, Nneka, had a misunderstanding that degenerated into an argument that ended in her slapping him. He was very offended by this incident, to the point of not even acknowledging her attempt to reconcile the next morning. Pastor Daniel admitted that throughout the day of November 30th, he angrily thought about how he would put his wife in her place when he returned home. He would not, however, make it home that Friday.

As he was driving home that evening, the brakes on his 20-year old Mercedes 230E failed as he was heading down a steep hill, and his car crashed into a concrete pillar that was built to prevent cars from going over a steep embankment. He was not wearing a seat belt, and his chest hit very forcibly against the steering wheel and its knob, apparently doing damage to his internal organs, as he was soon vomiting up blood and having difficulty breathing. Daniel was not able to remove himself from his car, but frantic on-lookers pulled him out. One bystander volunteered her car while another bystander offered to drive him to St. Charles Borromeo Hospital, not far away on the outskirts of Onitsha.

Within minutes of their arrival at the hospital, a doctor began administering emergency treatment, but Daniel knew his body was not responding to it. He began praying the prayer of a man who knows he is going to die, asking God to forgive him of all his sins so that he would be ready to stand before the Lord. He also sent for his wife, Nneka, with whom he had refused to speak when he left his home earlier that day. She fainted upon hearing the news of her husband’s accident and condition, but when revived was taken by a Christian neighbor to the hospital. Daniel’s friend, Ede Samuel was with her and  witnessed everything that transpired over the next three days.

Upon seeing Daniel in critical condition when she arrived at St. Charles Borromeo hospital, Daniel’s wife burst into tears, begging her husband not to die and leave her. The doctor admitted that there was nothing he could do to save Daniel’s life, and so Daniel requested that he be transferred by ambulance to Umezuruike Hospital at Owerri, where his personal doctor practiced. The Umezuruike hospital was 80 km away.  Daniel’s wife arranged for the ambulance against the advice of doctors at St. Charles hospital. It was on the way to Umezuruike Hospital that Daniel died.

Daniel was lying in the back of the ambulance while his wife was in the front passenger seat. He began to feel that he was not going to survive, and so he called for his wife to come to him. He began to say goodbye, give her instructions about certain church and personal documents, and admonished her to take care of their sons and his church. She began sobbing greatly and amidst her tears strongly rebuked him for such negative statements. He was a man of God and should have faith, and not be speaking of dying!

As she was speaking, Daniel saw two large angels (they were so large that he later wondered how they fit inside the ambulance---one was as big as the ambulance) who were completely white (even the pupils of their eyes). Daniel tried to speak to the angels, but one held his finger to his lips, motioning for his silence. The angels lifted him on either side, and Daniel realized that there were now two of himself. The angels were holding him under each arm of his spirit man (which was perfectly whole), while his broken body was lying below. Once they left the ambulance, Daniel became oblivious to the natural world.

When the ambulance arrived at Umezuruike Hospital with Daniel’s body, it was

now late at night (Friday, November 30th), and Daniel’s doctor was not there.

A member of the medical staff, however, examined his body and sadly told

Nneka that her husband was dead and there was nothing that could be done.

So they drove to the Federal Medical Center in Owerri, but found no doctor

there either. Finally they drove to the Eunice Clinic, and there Daniel was

confirmed to be dead by Doctor Jossy Anuebunwa. There was no breathing,

no heartbeat or pulse, and Daniel’s pupils were dilated and fixed. The doctor

said that there was nothing he could do. A death certificate was issued at

They then drove Daniel’s corpse to his father’s house in a nearby village, and naturally Daniel’s father and other family members were heartbroken at the sight of Daniel’s dead body, weeping profusely. Daniel’s father instructed them to take his body to Ikeduru General Hospital Mortuary not far away.  They arrived there around 1:00 A.M. on Saturday morning. The resident mortician, Mr. Darlington Manu, received the corpse and the family members departed.

​The primitive Nigerian mortuary where Daniel’s body was taken had no cold storage facilities, and so the mortician injected embalming chemicals into Daniel’s fingers and into his feet. He then prepared to fully embalm Daniel’s body by cutting Daniel’s inner thigh in order to insert a tube by which he could inject more embalming fluid. As he did this, he experienced a shock that pushed him away from the corpse. This did not surprise him, as he had experienced similar forces before and attributed them to occult powers. (Such things are widely practiced in Africa and highly respected by all African pastors whom I know. Africans never understand the skepticism of Americans regarding the reality of occult power.) After a second attempt and a second shock that somewhat paralyzed his right arm, he concluded that Daniel must have been a member of a powerful secret society. He assumed, however, that after some occult sacrifices and incantations the powers in the corpse would subside, and he could then complete his work. (This mortician, of course, was not a Christian, but converted after Daniel’s resurrection.) So he instructed an assistant to lay Daniel’s body in the rear of the mortuary where many other corpses were already laid.

Around 2:00 A.M. Saturday morning, the mortician, who lived very close to the mortuary, was disturbed by songs of worship coming from inside his mortuary, which stopped as soon as he approached the mortuary doorway. This occurred twice. Upon searching for the music’s source in his mortuary, he noticed some kind of light emanating from the face of Daniel’s corpse. This completely unnerved him.

The mortician was so disturbed over what was happening that he located Daniel’s father on Saturday morning to inform him of what had been happening and to request that he remove Daniel’s corpse from his mortuary. Then, on Saturday night, while she was sleeping, Daniel’s wife experienced a dream in which she saw the face of her husband, and he was asking her why they had left him in the mortuary. He stated that he was not dead and that she should take him to Onitsha where German evangelist Reinhard Bonnke was preaching. She determined to do so, even though her family thought she was out of her mind. Daniel had been dead for more than 28 hours. The family finally yielded, but purchased a casket and brought funeral clothing for the mortician to dress Daniel. Rigor mortis had fully set in by this time. An ambulance was hired on Sunday morning, December 2nd, and the casket that contained Daniel’s body was taken to Grace of God Mission (a large church) in Onitsha, about one and half hours away, where evangelist Reinhard Bonnke was preaching at an afternoon church dedication service. They arrived at the church around 1:00 P.M.

The church grounds were being protected by swarms of federal, state and local security guards for the sake of Reinhard Bonnke. And the security guards would not allow the casket to be brought onto church grounds, thinking it might actually contain explosives. Daniel’s wife loudly pleaded with them, and opened the casket to show them her dead husband, which resulted in their mocking and even flogging her because of her persistence to gain entrance. She caused such a disturbance that the senior pastor was notified, and his son instructed that Daniel’s wife be permitted to bring his body to the church without the casket, and that it be placed in the basement. Daniel’s body was laid there on two tables pushed together in a Sunday School room.

Some believers gathered around Daniel’s body and prayed while Reinhard Bonnke, who knew nothing of the dead body in the basement, preached and prayed. Eventually, it was noticed that Daniel’s corpse twitched, and then irregular breathing started. The attendant believers began praying fervently, and because his body was stiff and cold, they began massaging his neck, arms and legs. When those in the sanctuary got word that a dead man below was coming back to life, the basement room was soon jammed with people. Suddenly Daniel sneezed and arose with a jump. It was somewhere between 3:50 and 5:15 PM on Sunday afternoon. Daniel had died Friday night around 10:00 PM. He slowly became fully coherent over the next few hours.