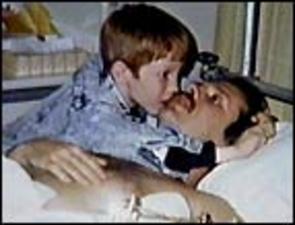 finished a little early that Wednesday in January 1989. Being associate pastor

and having just been appointed minister of education at a Houston area church,

Don was a busy man. The early start home would provide him much needed

minutes or hours, but by months--and before he got home, he would take a detour he would never forget.

Within minutes of leaving the retreat center, Don drove onto a bridge spanning a lake. It was a fairly long bridge and there was water on both sides of the elevated highway.

Recalling the scene, Don says, "I approached the end of the bridge, and before I reached the end, a tractor-trailer truck owned by the Texas Dept. of Corrections crossed the center stripe and hit my car head on."

Not only did the truck hit Don's car, it ran over the passenger side of the small Ford Escort, completely crushing the vehicle and killing Don Piper. Instantly, Don began an amazing journey.

"When I was killed, I was instantly transported to heaven's gate," he says. "It was an instantaneous thing."

Don found himself standing in front of a divine portal, surrounded by familiar faces.

[Don Piper recovering in the hospital] "I did not see a single person that I did not know," he says. "They were relatives, they were friends that died in high school, they were teachers--they were people I had seen and known all my life who had gone to glory. They were smiling; they were embracing me; they were welcoming me' they were in the process of taking me through the gate of heaven."

Looking over the heads of his friends, Don saw a looming pearl gate.

"The gate of heaven was a magnificent edifice, the one that I saw. It looked no less like a giant gate that had been sculpted from mother-of-pearl," Don explains.

Peering through the gate, Don saw an incredible light.

"Behind that portal was such a light that I don't conceive of how you could see it in an earthly body. It could only be envisioned in a heavenly body because it was too bright."

And, says Don, there was music, that of a literal, angelic choir.

"In all honesty, as awesome as the sight was, the sound was more amazing," he says. "I heard literally thousands of praise songs. They were all praise songs. I really couldn't see anything. I was so preoccupied with the people around me, I couldn't see anything. But you could sense this hum of wings hovering all about you, like you were being ministered to by angels, and they were observing this whole episode."

While Don stood at the gates of heaven, pastor Dick Onerecker of Kline, Texas, stood on a Texas highway by Don's lifeless body. He had also attended the pastor's conference. He came upon the accident moments after it happened. The EMS personnel had told him that Don was dead.

"It was as though I was compelled to stop and to pray for him. The Lord had just impressed on me very emphatically, very urgently that I was to pray for him," says Dick. "I walked over by the door. There was great physical damage on the outside. I laid my hands on him and began to pray for him."

As soon as Don's journey began, it ended. Don found himself back in his crushed vehicle, staring up at a tarp that had been thrown over him by medical attendants.

[Don Piper recovering in the hospital] Don was transported to Herman Hospital in Houston. Miraculously, he suffered no head or internal injuries. However, virtually every bone in Don's body was either broken or shattered.

His left arm and left leg were completely severed, and had to be rebuilt and replaced. Looking at his battered and pain-seared body, this man who had touched heaven's gates wanted to go back.

"My mindset was having now been able to see what the matter with me was, and

to know how beautiful heaven was, to want to be there again. As much as I loved

these people that I was with, I was so confident of their salvation experiences that

I knew they would join me sometime in the future," Don says.

intensive therapy, numerous operations, and infections that on two occasions

"I like to say that I came back by popular demand," he says. "People prayed me

back from the gates of heaven. People prayed me back from death's door. I'm here

because people asked God for me to be here."

Written by Lori Victa and Kathy Chiero from the 700 club. 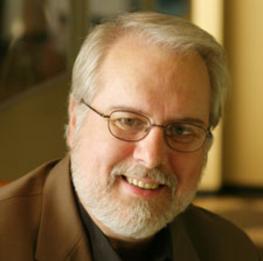